This year, Matthew marks 10 years' service in Police Chaplaincy. Matthew started out as a volunteer with West Midlands Police, and over the last 3 years as the Lead 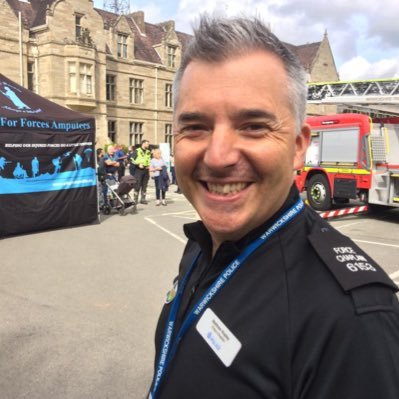 Chaplain to Warwickshire Police. Matthew is married with 3 children, living in Birmingham where he is also a leader at Connect Church UK, an Assemblies of God Pentecostal Church.

The on ramp to Police Chaplaincy came during the disturbances that happened across the UK in 2011 when he felt a strong calling to serve policing. At the same time as leaving the corporate world, after over 15 years working as an investigator, Matthew has followed what he describes as 'a call of God on his life' into ministry. His experience of working closely with policing over these years had developed a great empathy for the issues both private and public that officers and staff face.

Matthew has been in lay ministry for all his life. His parents pastored in Birmingham where he later went onto lead various church-based ministries and in 2011 was employed by the Connect Church to lead on the development of volunteering and venues, which he continues to do 3 days per week alongside leading the Chaplaincy team for Warwickshire Police.

Matthew's passion is to see police officers, staff and volunteers be their best. He has revitalised the chaplaincy provision in his force bringing a new sense of capability and confidence to this demanding environment where chaplains serve.