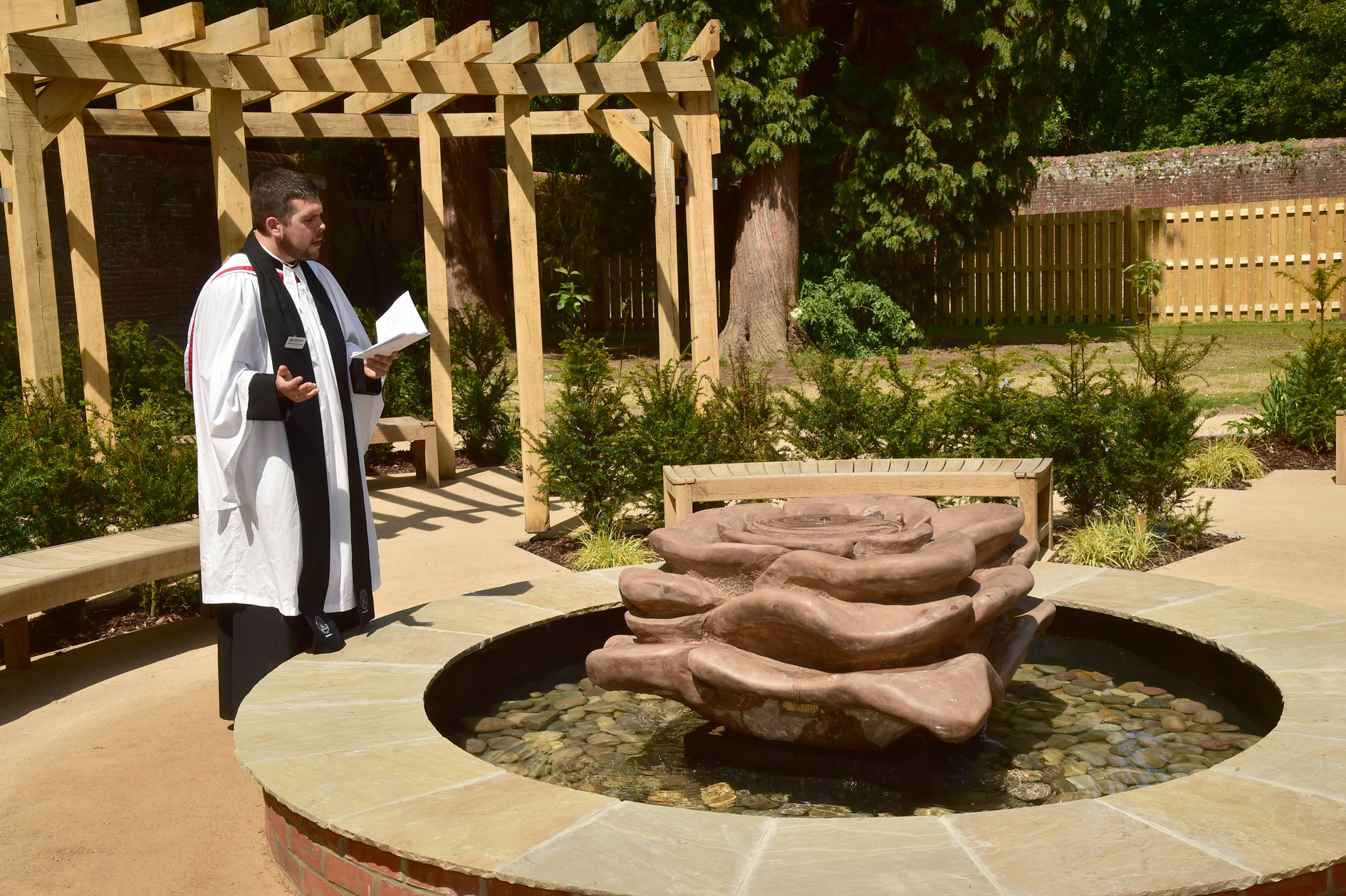 A brand new memorial to honour the lives of all those who have served the police with Hampshire Constabulary has been unveiled at the Force’s Support and Training Headquarters.

The garden, which features a Hampshire rose sculpted fountain, prairie-style planting and seating areas, was officially opened during a special ceremony on Thursday, 23 May by Lady Avril Hoddinott, the widow of former Chief Constable Sir John Hoddinott.

Garden design students from Sparsholt College in Winchester were invited to present concepts to Hampshire Constabulary as part of their academic studies.