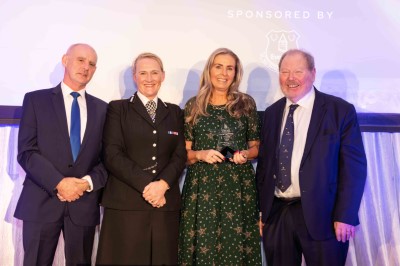 Now in their fifth year, the Community First Awards recognise the dedication, bravery and professionalism shown by people across the force, and from partner organisations, to support our communities, preventing crime, protecting people, and pursuing offenders.

This year more than 150 entries were received from Merseyside Police colleagues who nominated officers and staff for their outstanding work, as well as those who carry out invaluable duties alongside the force, to help the community.

A judging panel had the difficult task of shortlisting submissions, selecting three finalists for each of the 13 categories, with Chief Constable Serena Kennedy and Police and Crime Commissioner Emily Spurrell also choosing a worthy winner of their personal choice awards.*

Julie McCulloch Team Bebington Chaplain took the award for Police Volunteer of the Year. In winning the award Julie said