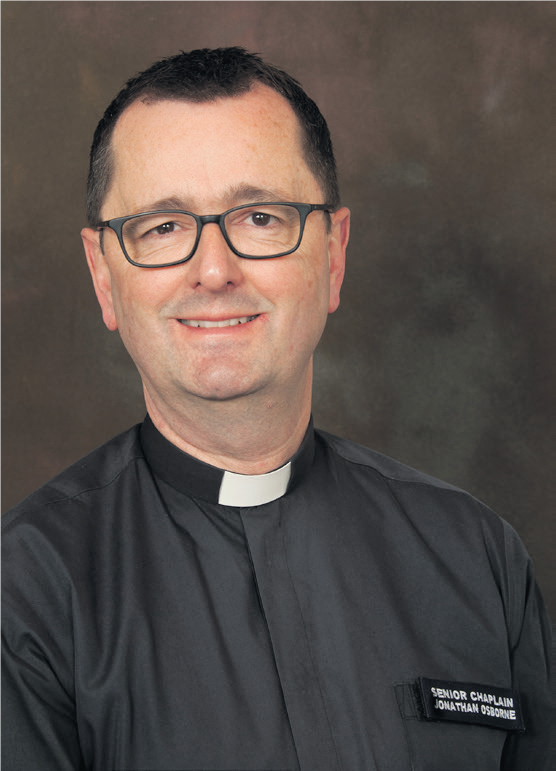 The Met’s Senior Chaplain Jonathan Osborne has been made a Member of the Order of the British Empire (MBE).

Senior Chaplain, Reverend Prebendary Jonathan Osborne joined the Met 11 years ago. He has been called upon to support officers and staff and respond to numerous tragic events, including the Grenfell Tower fire. He is the centre of the pastoral, spiritual and religious care within the Met, as well as being an outstanding ambassador for policing.

Jonathan supported the Met and PC Keith Palmer’s family following the tragic events in Westminster in 2017. He led the one minute silences, advised senior officers and held support sessions for officers who responded, to help them deal with the murder of their colleague. Jonathan helped to make the arrangements for Keith’s funeral by spending time with his family and friends and ensured it was fitting and appropriate. He regularly joins officers on frontline patrols and serves as a volunteer police officer. He has established strong links with representatives of all religions, both inside and outside the Met and founded a forum to bring together religious leaders from across London.

For the last three years, Jonathan has also served as Deputy Priest in Ordinary to Her Majesty the Queen at the Chapel Royal.

Jonathan said: “I’m humbled and proud to receive this award. It’s even more special as it is for the job I absolutely love and for the work I do with some of the most amazing people.