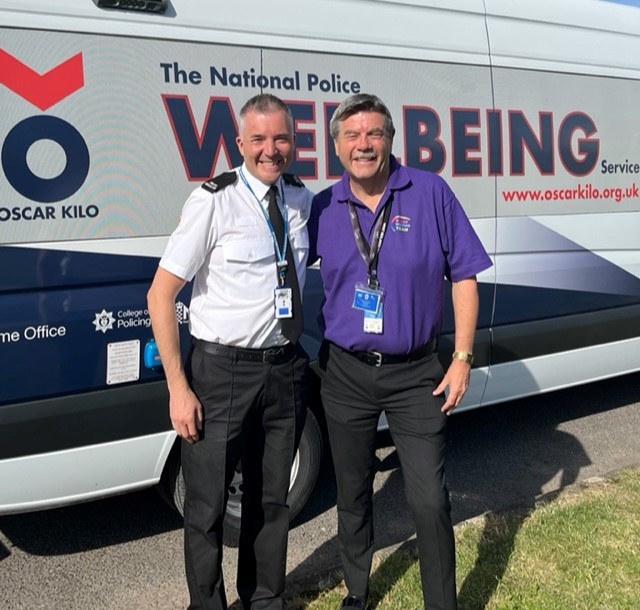 As I draw a breath at the completion of the Commonwealth Games Birmingham 2022 I reflect on the opportunity for us as a team being able to make such a positive difference to so many people.
Our team included our West Midlands Police Multi Faith Chaplaincy team comprising of 131 voluntary chaplains and myself (John), Matthew Hopley (Lead Chaplain at Warwickshire Police) and his team and countless other volunteers ranging from Cadets, Police Staff and members of the public.
Our chaplaincy team were involved in a myriad of areas of support which included our 18 Staff Welfare Hubs where Police Officers had their rest periods, food breaks, briefing and interaction with our team. Other areas of chaplaincy involvement included driving, logistics, serving food and practical & spiritual help to all our officers/staff and the many mutual aid officers from up and down the country representing many of our UK Forces.

I (John) was privileged before the Games started to look after & drive a number of VIP’s from various countries who were preparing for special large events like the Paris Olympics, the Football World Cup, etc, to just mention a few. This ‘Police Observer Programme’ included visiting the various venues of the Commonwealth Games and observing the Security/Counter Terrorism provisions that we had made in the West Midlands area.

Our Chaplaincy team did a fantastic job taking the opportunity to welcome everyone and provide welfare and chaplaincy support in the many venues, residential areas and operational programmes linked to the Games.

All of our Chaplaincy team members thoroughly enjoyed participating in the above and our Senior Management teams felt that all of our assistance made a lot of difference to both the Police Officers welfare and the positive feeling/vibes that we got from the public.

The opportunity to be a part of what was to be the largest policing event that the West Midlands Police had experienced was not only fulfilling but exciting at the same time.